With a 12-megapixel camera, 4K video recording, and a new kind of photo that bursts into life when you press down on the screen, it's natural to think that photos on the new Apple iPhone 6S might use up more space than its predecessors. But you might not be prepared for just how big the impact on your storage space can be.

If you buy a 16GB iPhone 6S or 6S Plus, and snap just 5 photos a day -- without ever downloading a single app, email attachment, or game -- you could be out of storage within six months. That's how much data the iPhone 6S camera can consume. If you let it, anyhow.

I put it to the test in a side-by-side comparison with last year's iPhone, and here's what I found.

I spent two hours walking around downtown San Francisco with the new iPhone 6S Plus and last year's iPhone 6 Plus for comparison. I shot dozens of still photos, Live Photos, some 1080p videos and 4K videos, even a quick panorama of the Oakland Bay Bridge. I made sure both phones captured the same perspective in every single scene. Then, I plugged each phone into my trusty laptop, jotted down the file sizes and totalled up the damage.

iPhone 6S Plus vs. iPhone 6 Plus. We made sure our comparison shots lined up.

I figured that 12-megapixel photos from the iPhone 6S would take up more space than those from the 8-megapixel iPhone 6, sure. And I figured that Live Photos would definitely make a dent in my iPhone's capacity.

What I wasn't prepared for: High Dynamic Range, also known as HDR.

Every time you press the shutter button on an iPhone 5S or newer, there's a chance software algorithms will tell the camera to take two images instead of one. One will be a normal photo, and the other HDR. Basically, the HDR photo combines multiple lighter and darker pictures into a single image that can bring out more details in the bright and dark regions of a scene. You can set the iPhone to automatically delete the non-HDR image, or turn HDR off. But again, by default the phone will often save two photos instead of one.

And with a new iPhone 6S or 6S Plus, you get Apple's new Live Photos by default as well. Every time you press the shutter button, the phone will also record three seconds of video that you can see when you press down on the screen.

The kicker: The iPhone 6S also records HDR versions of Live Photos. That means you could find four new files on your new iPhone every time you hit the shutter button. That's a 12-megapixel image, a 12-megapixel HDR image, a Live Photo, and a HDR Live Photo.

The funny thing is, I found 12-megapixel photos actually only take up 13 percent more space on average than 8-megapixel ones. There's not a lot of difference between the standard photos you get from an iPhone 6 and an iPhone 6S. 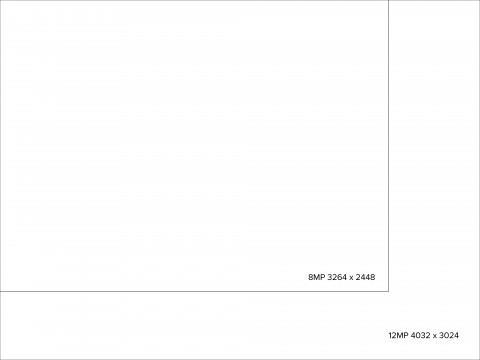 A 12-megapixel photo isn't much larger than an 8-megapixel one.

But Live Photos are another story: they easily take up 3 or 4MB a pop. And when you add up all 4 files that an iPhone 6S camera is likely to produce by default, you're looking at an average of about 13.2 megabytes per button press. That's significantly more than double the storage consumed, on average, by the previous-gen iPhone 6 Plus.

It adds up. A new 16GB iPhone 6S has about 11GB of usable storage out of the box. At 13.18MB per photo, 5 HDR photos a day, you could use up that entire amount in under 6 months. And again, that's without downloading a single app to go with them.

Mind you, it's only when HDR kicks in that the iPhone will generate all four shots. But I also saw HDR kick in far more often with the latest iPhone. 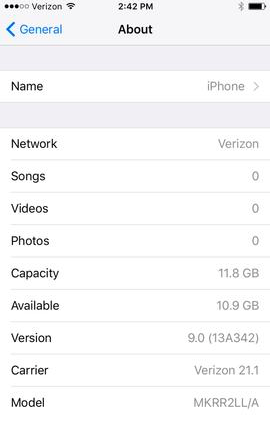 Thankfully, the iPhone 6S and 6S Plus's most data-hungry feature is already turned off by default: ultra-high definition 4K video. When I shot a few 4K clips with the new iPhone 6S Plus, they took up 362MB of space per minute, nearly triple the 124MB per minute it took to capture an identical scene in 1080p. You'd fill up an entire 16GB iPhone with just half an hour of 4K footage that way.

(To be sure, the iPhone 6S is far from the only smartphone to offer giant 4K video files, or to save multiple copies of an HDR image. Android smartphones do that as well. But the iPhone 6S is the last premium smartphone that comes in an undersized 16GB model. High-end Android phones now ship with 32GB by default.)

When 4K and Live Photos are worth it

But should you really keep Live Photos and 4K video recording turned off? That's a tougher question -- because looking back at the stills and high-def footage I shot around San Francisco, I can definitely see benefits to keeping them on.

Let's start with 4K. Critics of 4K video will tell you that even if you have a 4K television, you probably won't be able to tell the difference between 1080p footage and 4K footage from across your living room. That's true: The farther away you sit, the larger your TV needs to be for you to appreciate that extra resolution.

But that doesn't mean there isn't a difference between 4K video and 1080p video, and it doesn't mean you need a 4K television in order to see it, either! When I watched both videos on a 1080p computer monitor, the 4K footage from the iPhone 6S Plus definitely looked clearer. 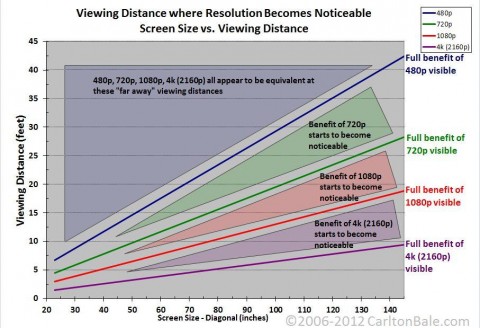 And 4K video can be a boon for video editors, too. Since 4K video gives you four times the resolution of 1080p, video editors can effectively zoom in on a scene in post-production by cropping instead of enlarging pixels, and potentially still wind up with a full-HD resolution video.

Meanwhile, though it's still too early to say if Live Photos will be more than a gimmick -- you can't easily share them with friends and family yet -- I've already found a pretty cool reason to keep that feature on. Say you're taking a picture of something that might move, like this bird: 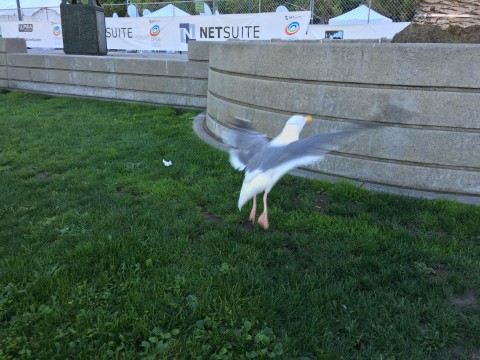 Your picture turns out blurry when the bird flies away.

But your Live Photo is animated. You still got the shot.